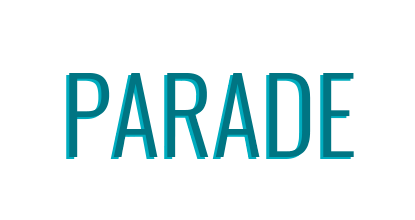 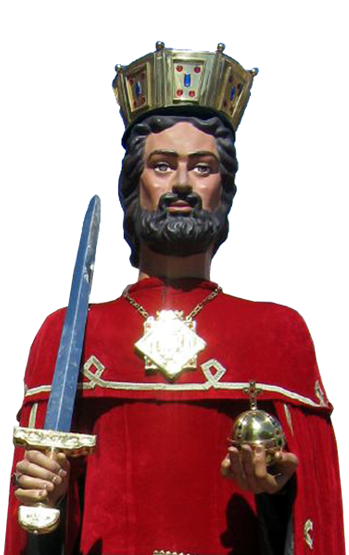 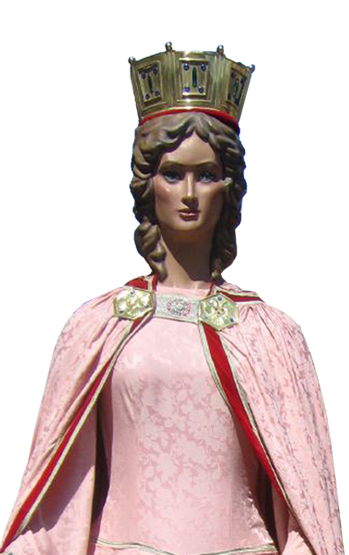 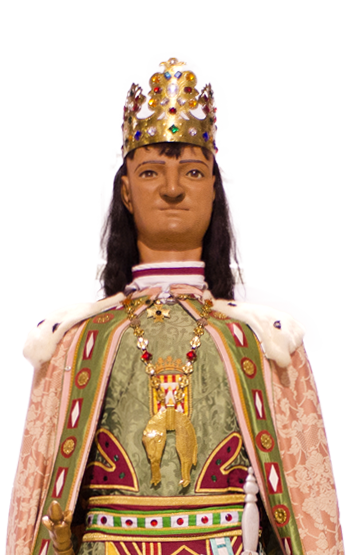 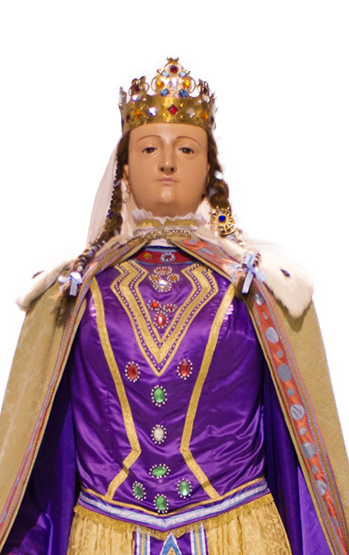 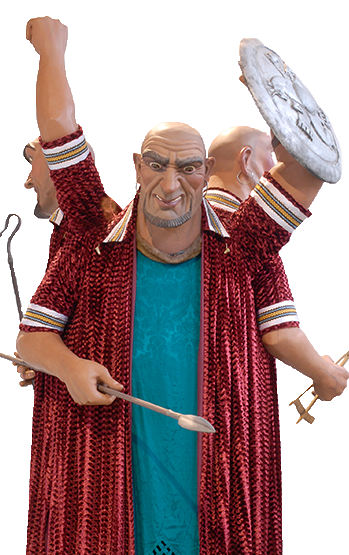 Constructed in 1985, these figures represent a pair of monarchs, as did the pair that preceded them.

It all began when the dressmaker Anna Breva offered to remake the garments of the old giant puppets. Taking advantage of the opportunity, City Hall decided to make a new pair with more innovative techniques, such as fiberglass and aluminum frames. It commissioned Charles Vivó to design them.

At first, they were constructed at Can Boter workshop in Tiana. That notwithstanding, they did not succeed in pleasing the public, which caused their heads to be removed and new heads to be commissioned from the School of Fine Arts in Girona.

In 1993, they were baptized with the names of Charlemagne, in memory of the Frankish emperor, and Anna Gironella, in honor of the dressmaker who made their garments and the most slender tower in Girona’s Wall, Gironella Tower.

Currently, the giant puppets that perform in the streets are copies that were made between 1999 and 2000 at “Little Dragon in Terrassa” and the copies of the wardrobe were made and gifted by Nuria Brengaret.

The group of insignias, crowns, and objects (orb and sword) of metalwork were designed by Carles Vivó and fashioned by the artisan Ramon Boix.